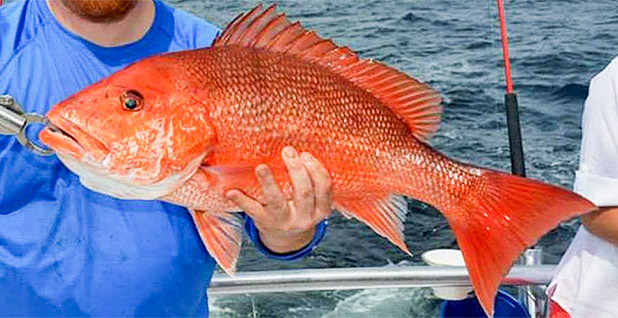 , the U.S. Senate unanimously passed S.1520, the Modernizing Recreational Fisheries Management Act of 2017 (Modern Fish Act). The legislation, which would make critical updates to the oversight of federal fisheries, marks a big step forward for America’s angling community and now moves to the U.S. House for final passage.

“Today is an important day for America’s 11 million saltwater anglers thanks to the leadership of Senator Roger Wicker and a broad, bipartisan coalition of senators,” said Jeff Angers, president of the Center for Sportfishing Policy. “Senate passage of the Modern Fish Act proved today that marine recreational fishing is a nonpartisan issue, and anglers are closer than ever to being properly recognized in federal law.”

The Modern Fish Act, introduced by Senators Roger Wicker (R-Miss.) and Bill Nelson (D-Fla.) in July 2017, enjoyed strong support across the aisle from more than a dozen Senate cosponsors representing coastal and non-coastal states alike. In addition, a coalition of organizations representing the saltwater recreational fishing and boating community endorsed the Modern Fish Act and highlighted the importance of updating the nation’s fisheries management system to more accurately distinguish between recreational and commercial fishing.

“We applaud the U.S. Senate for approving this common sense legislation, which will modernize our federal fisheries management system and protect recreational angling for generations to come,” said Thom Dammrich, president of the National Marine Manufacturers Association. “The recreational boating industry – a uniquely American-made industry that contributes $39 billion in annual sales and supports 35,000 businesses – now calls on the U.S. House of Representatives to immediately take up, pass, and send the Modern Fish Act to President Trump’s desk.”

On July 11, 2018, the U.S. House of Representatives passed the Modern Fish Act (H.R. 2023) as part of H.R. 200. However, differences between H.R. 200 and S.1520 require that the full House take a vote on S.1520 before it is sent to the President’s desk. America’s recreational fishing and boating community is urging the House to quickly advance the Modern Fish Act to the President’s desk before the conclusion of this Congress.

“The Senate’s passage of the Modern Fish Act demonstrates a clear recognition of the importance of saltwater recreational fishing to the nation,” said Glenn Hughes, president of the American Sportfishing Association. “This version of the Modern Fish Act helps to advance many of the collective priorities of the recreational fishing community for improving federal marine fisheries management. There are 11 million saltwater anglers in the U.S. who have a $63 billion economic impact annually and generate 440,000 jobs.”
If passed, the Modern Fish Act will provide more stability and better access for anglers by:

“We are proud of the extensive work that went into producing this bill and are grateful to our champions in Congress who worked to establish recreational angling as an important component in the management of our nation’s fisheries, at long last,” said Patrick Murray, president of Coastal Conservation Association. “Thanks to this effort, the recreational angling community is better positioned than ever to address ongoing shortcomings in our nation’s fisheries laws and we look forward to continuing this work with our elected officials to ensure the proper conservation of our country’s marine resources and anglers’ access to them.”

“The Modern Fish Act is a very positive step forward for anglers and conservation,” said Whit Fosburgh, president of Theodore Roosevelt Conservation Partnership. “It will improve fisheries data and encourage managers to think about new ways of managing fisheries to benefit both conservation and access.”

In 2014, the priorities of the recreational fishing and boating community were identified and presented to federal policy makers by the Commission on Saltwater Recreational Fisheries Management in a report “A Vision for Managing America’s Saltwater Recreational Fisheries.” This diverse group made up of a variety of fisheries stakeholders is also referred to as the Morris-Deal Commission, named for co-chairs Johnny Morris, founder and CEO of Bass Pro Shops, and Scott Deal, president of Maverick Boat Group. Four years later, many of the recommendations of the Morris-Deal Commission are found in the Modern Fish Act.

“Through the legislative process, the Modern Fish Act has proven to many on Capitol Hill that recreational fishing is worthy of recognition as a driving force for American jobs and the national economy — not just a sport,” said Jim Donofrio, president of the Recreational Fishing Alliance.

The recreational fishing and boating community thanks Senator Wicker for leading the Modern Fish Act through the Senate. While certain provisions of the original legislation proved too difficult to enact now, many core provisions of the Modern Fish Act are found in the final bill. We urge the incoming Congress to continue working to improve the way recreational fisheries are managed at the federal level. 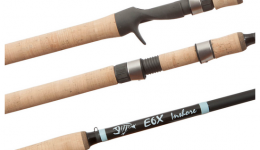 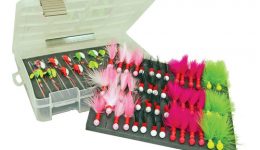 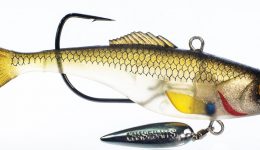