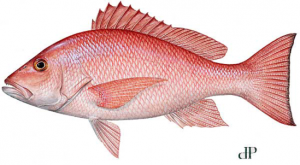 The recreational fishing and boating community praised final action taken by NOAA Fisheries to implement state management for private anglers fishing for red snapper in the Gulf of Mexico. Today’s action cements the management changes found in “Reef Fish Amendment 50: State Management for Recreational Red Snapper” agreed to by the […] 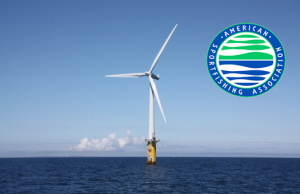 The American Sportfishing Association (ASA) announced the recreational fishing industry’s position regarding offshore wind energy (OWE) expansion along the Atlantic coast. ASA wants to make sure the industry’s voice is heard when OWE polices and developments are under consideration. The position statement represents a commitment by ASA to engage on OWE projects in the New England and […]

Recognizing 40 Years of the Legislation That Established U.S. Fishing Boundaries

Recreational and commercial fishing representatives, Members of Congress, and key former and current individuals from the administration gathered on Capitol Hill in recognition of the 40th anniversary of the Magnuson-Stevens Fishery Conservation and Management Act (MSA), a first-of-its-kind piece of legislation that established a framework to manage domestic, federal saltwater fisheries. “We take many things […]

A coalition of recreational fishing and boating organizations praised the introduction of a bill, S.2807, that will safeguard the role of state fisheries management agencies and help prevent unwarranted fishing closures like what recently occurred at Biscayne National Park. Led by Sens. Bill Cassidy (R-La.), who chairs the Senate Energy and Natural Resources Subcommittee on […]

The American Sportfishing Association (ASA) is pleased to announce that Kellie Ralston, a fifth generation Floridian and an expert in Florida’s marine fisheries management, has joined the ASA staff as Fishery Policy Director for the Keep Florida Fishing initiative. She joins Gary Jennings who is the Manager of the Keep Florida Fishing initiative’s coalition building […]

The American Sportfishing Association (ASA) is pleased to announce that Gary Jennings, a life-long, avid angler and boater, has joined the ASA staff as the Manager of the Keep Florida Fishing initiative. Jennings brings close to 20 years of experience in the fishing and boating industries to this new position. His tenure began on June […]

A report released on Monday by the California Coastal Conservation Association and the American Sportfishing Association (ASA) demonstrates that banning traditional fishing tackle will have a negative impact on fishing participation, which generates millions of dollars for fisheries conservation in the state. The report, “Effects on the Ban on Traditional-Based Tackle for Fishing in California on […]

Update from the American Sportfishing Association: Last week, with spring fishing season in full swing, recreational fishing industry leaders met with Members of Congress to advocate not just for the industry’s business interests, but for the entire recreational fishing community. They were also in Washington, D.C., for the American Sportfishing Association’s (ASA) annual spring Government […]

A New National Campaign Asks Anglers to Pledge to Pitch It

Americans are more conscious than ever about properly disposing of, or recycling plastic containers and other materials. The recreational fishing industry, through KeepAmericaFishing®, its grassroots angler advocacy campaign, is asking anglers to add their worn out soft plastic baits to that list. The new Pitch It campaign was the direct result of a proposed legislative […]

From the American Spearfishing Association: Today, the President signed a proclamation expanding the existing Pacific Remote Islands Marine National Monument to six times its current size, creating the largest marine reserve in the world. Although the proclamation bans commercial fishing, deep-sea mining and other commercial extraction methods, recreational fishing will be allowed. “Going back to […]

The American Sportfishing Association has released a statement about the effect of the federal government shutdown on sportfisherman nationwide: Millions of anglers are now locked out of federal lands and waters and thousands of small businesses are suffering because Congress and the Administration can’t agree on the nation’s finances. According to the American Sportfishing Association […]